MotionMontage: A System to Annotate and Composite Motion Takes for 3D Animations

We present MotionMontage, a system for recording multiple motion takes of a rigid virtual object and compositing them together into a montage. Our system incorporates a Kinect-based performance capture setup that allows animators to create 3D animations by tracking the motion of a rigid physical object and mapping it in realtime onto a virtual object. The animator then temporally annotates the best parts of each take. MotionMontage merges the annotated motions into a single composite montage using a combination of dynamic time warping and optimization of a Semi-Markov Conditional Random Field. Our system also supports the creation of layered animations in which multiple objects are moving at the same time. To aid the animator in coordinating the motions of the objects we provide spatial markers which indicate the positions of previously recorded objects at user-specified points in time. We perform a user study to evaluate the perceived quality of the montages created with our system and find that viewers (including both the original animators and new viewers) generally prefer the animation montage to any individual take. 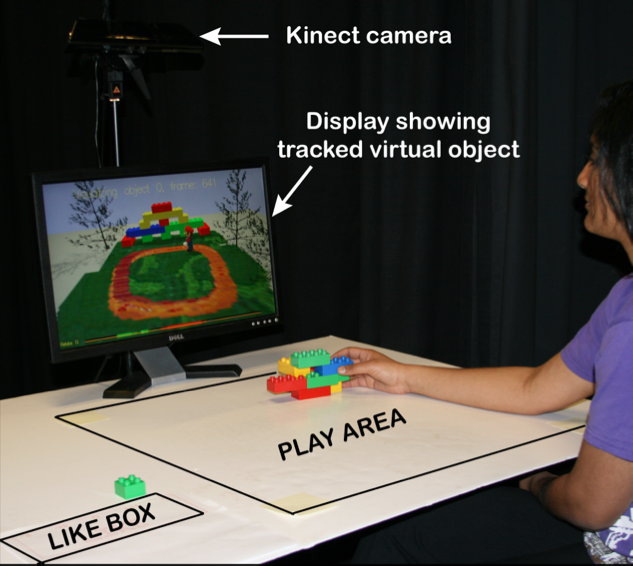 A user working with the MotionMontage system to record multiple takes of a 3D animation.