Many tasks in graphical user interfaces require users to inter- act with elements at various levels of precision. We present FingerGlass, a bimanual technique designed to improve the precision of graphical tasks on multitouch screens. It enables users to quickly navigate to different locations and across multiple scales of a scene using a single hand. The other hand can simultaneously interact with objects in the scene. Unlike traditional pan-zoom interfaces, FingerGlass retains contextual information during the interaction. We evaluated our technique in the context of precise object selection and translation and found that FingerGlass significantly outperforms three state-of-the-art baseline techniques in both objective and subjective measurements: users acquired and translated targets more than 50% faster than with the second- best technique in our experiment. 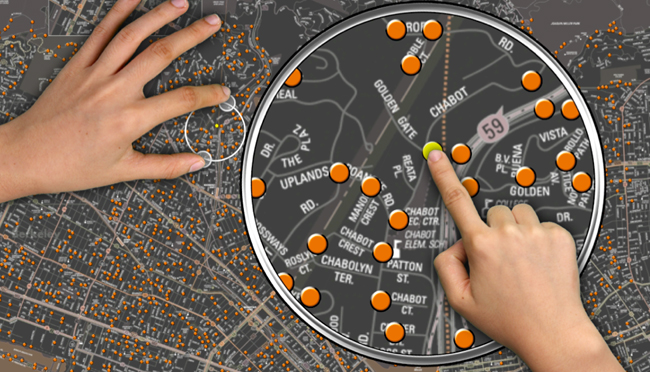