The main view of the visualization is shown below. The top portion is a display of one half of a basketball court with shots marked according to their location. Shots that were made are marked with circles, those missed marked with crosses. Shots by the Lakers are colored dark purple, those by the Celtics colored dark green. A legend on the right displays this information. I chose to plot the shots taken by both teams on the same half court rather than on two separate halves to facilitate comparison between the teams. 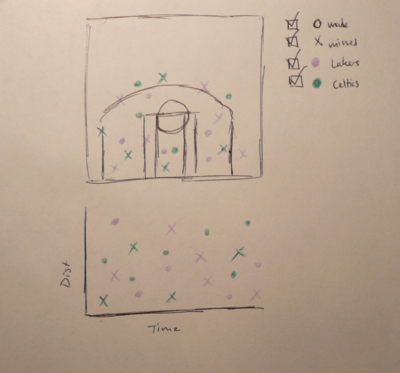 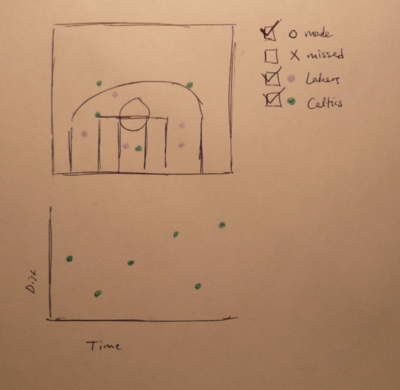 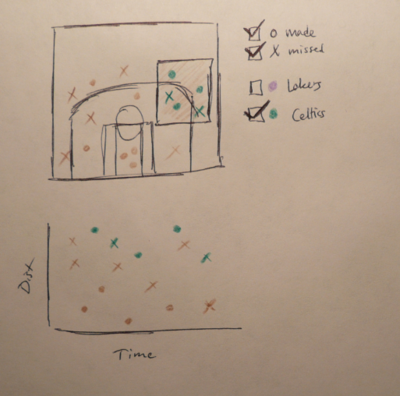 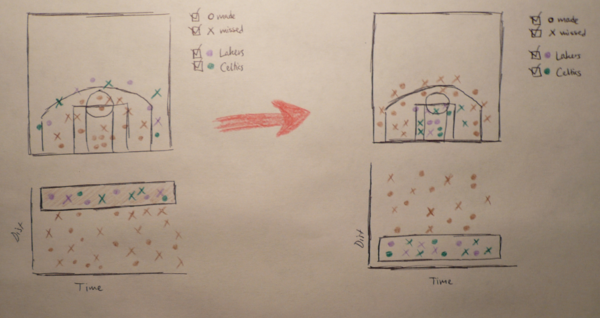 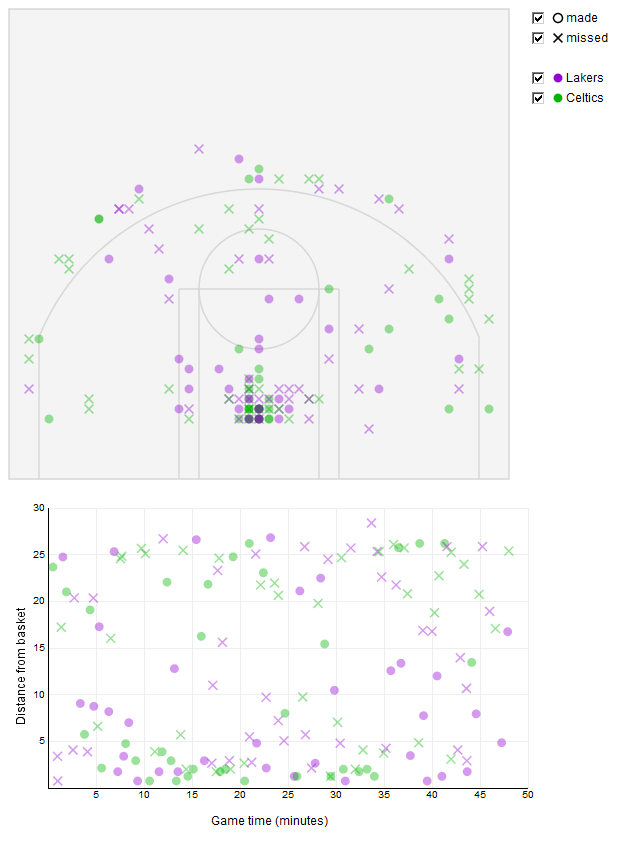 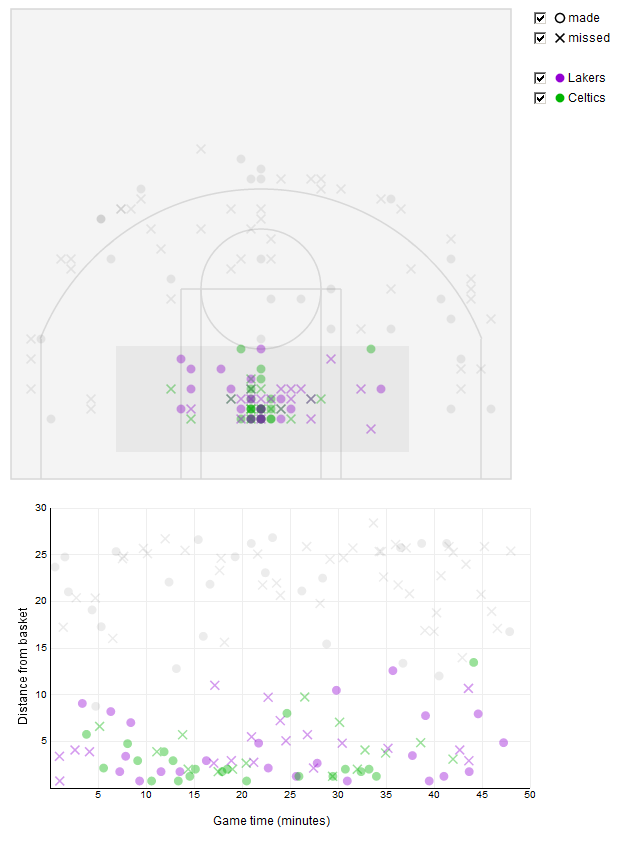