As evident from my AS2, which was on global attitudes, I have an interest in geographic information. I decided to make a geographic visualization consisting of an interactive map. User interaction with the map would include brushing and the ability to manually select various regions for which data or statistics can be viewed. These controls support the exploratory aspects of the application. Color overlays would help to visualize variables over different regions of the map. My intention is for the overall visualization style to be similar to that of choropleth maps.

After searching around for suitable data, I found several pieces that I thought could be put together for the visualization that I want.

Both the census data and SVG index county data using the counties' FIPS codes. With some tinkering, the demographic data and SVG could be read into the application and correlated by joining on FIPS code. Likewise, the plain-English county names can be joined as well, resulting in a very nice data set with both demographic and geospatial information. With this in mind, I created a storyboard for my application.

The main screen of the visualization should show map of the US counties, colored according to some demographic variable that the user chooses from a menu bar. 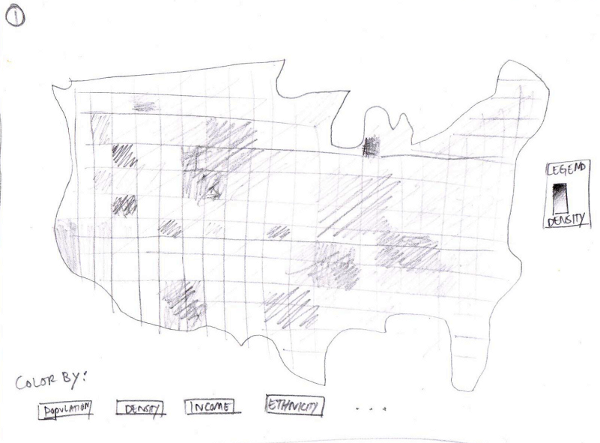 Because the counties are likely to appear small on the screen, it is not possible to directly label every county with its name. To support interaction, the user can hover the cursor over a county and obtain information about the county in a tooltip. 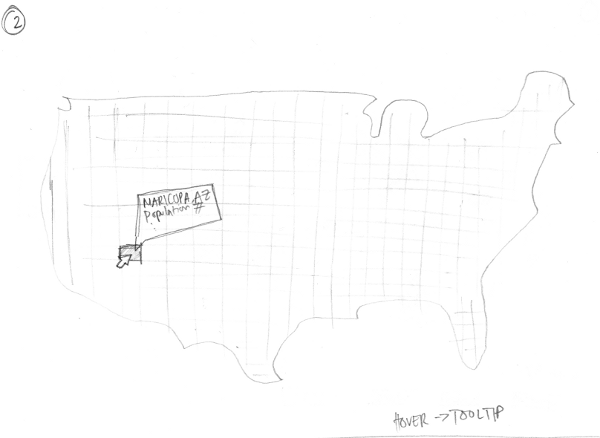 Viewing information about a single county is boring. The user can click and select multiple counties. The application will calculate statistics over the selection and display it. These calculations are not likely to be a simple averaging of values, as data should be weighted by county population and so forth. 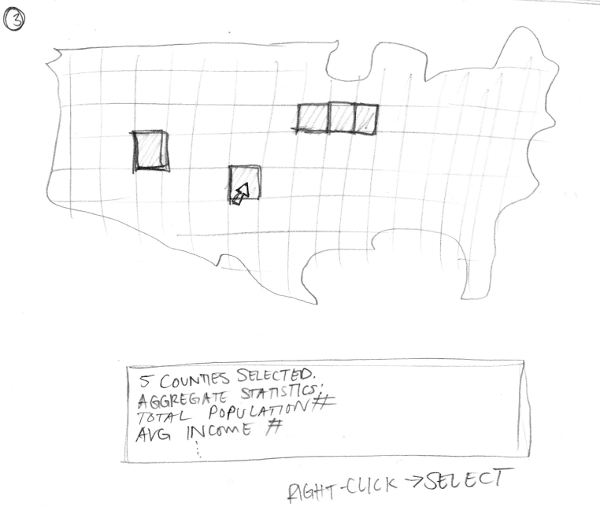 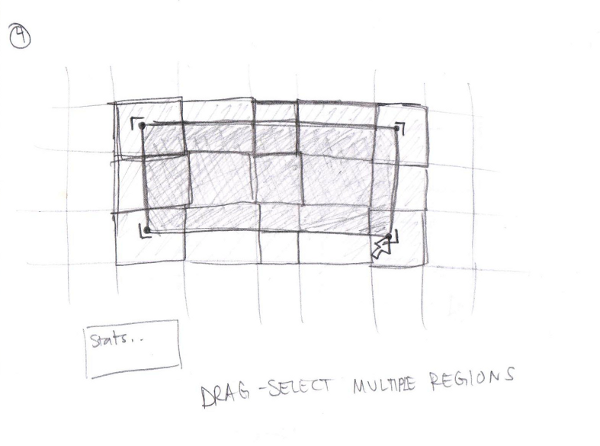 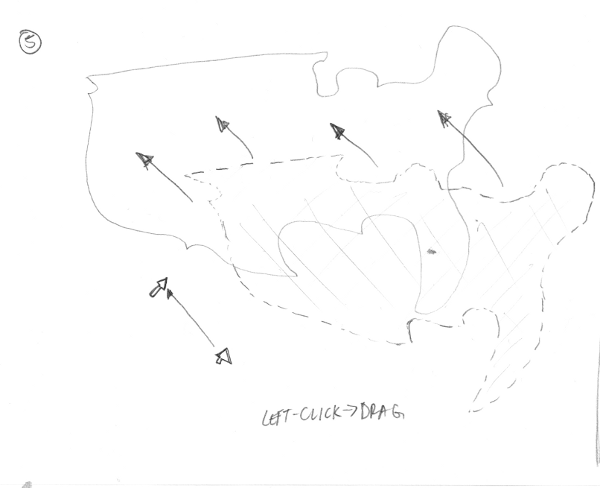 As can be expected of any map application, the mouse wheel is responsible for zooming in and out of the map. 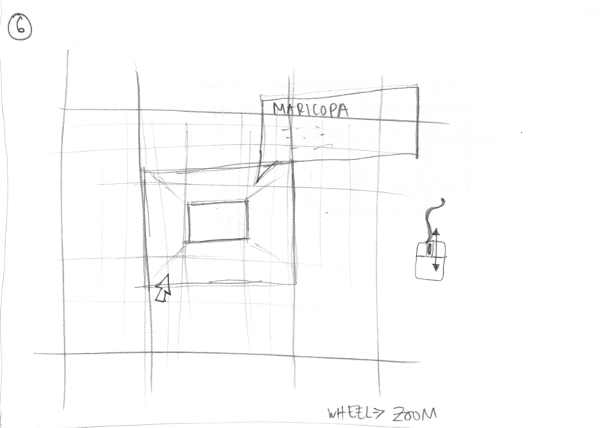 Please go to the link above to launch the visualization. There is a description of the applet there (not reproduced here to avoid clutter).

Changes from storyboard to implementation

I estimate that I spent roughly 25-30 hours on the assignment. Most of it was coding. Another important chunk of my time was spent on searching for and manipulating the data sets.